A wedding/disco band called "Prelude".I played with this band when I was in music school at Ithaca college in 1976-77.(I am the one on the first lower left) 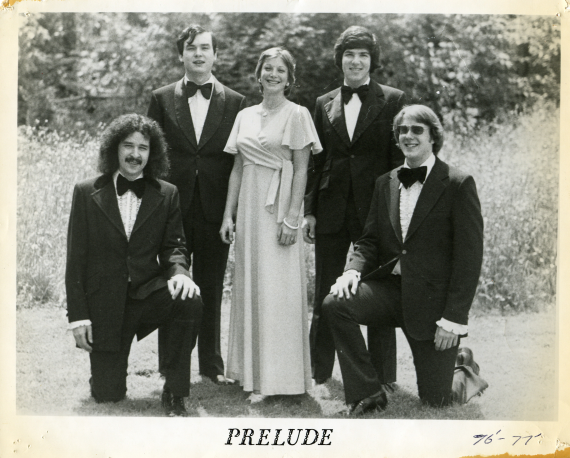 This is the Ithaca college jazz/rock ensemble.I played with them from 1976-77 when I was a classical guitar major.I never got a degree but I learned alot from many very talented musicians.(I am the skinny one in the back on the far upper right)

Some more clips of "Prelude" at one of our gigs.That Gibson ES345 is the best guitar I ever had.Wish I still had it.